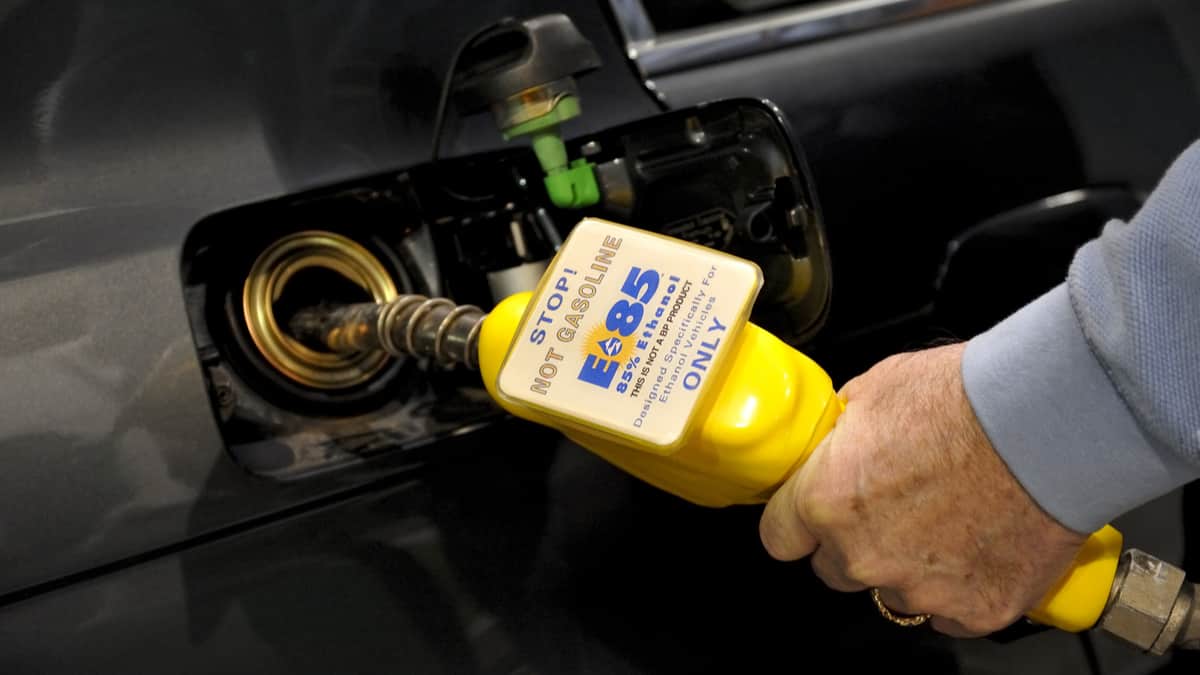 As you travel to various fueling stations, you might have noticed the term ethanol fuel. However, you might not be sure if this is the right type of fuel for your vehicle.

To help you decide, we will take a closer look at what ethanol fuel is. We also evaluate the pros and cons of this biofuel.

Ethanol is a biofuel created by the fermentation of plants. In most cases, the fermentation relies on corn and sugarcane. It is considered a renewable energy source because it is made out of living organisms, plus varying biological elements, such as manure and algae.

It’s true that this fuel is considered a renewable resource, but energy is still needed to produce it. While ethanol does provide a cleaner-burning fuel, there are some disadvantages that cause people to avoid it. On the other hand, environmentalists look toward ethanol as a green fuel, promoting its benefits to the environment.

Ethanol fuel can reduce emissions by up to 30% with each mile driven. This is a significant difference and can have a profound impact on the environment.

Ethanol fuel is going to create far fewer greenhouse gases, thereby counteracting the damage being done by other vehicles. Additionally, because ethanol is made from plants, any spillage won’t be destructive to the environment.

It’s a common misconception that additional infrastructure is needed to supply ethanol fuel, but that’s not the case. In fact, existing fueling stations can be used to distribute ethanol fuel.

On the other hand, some of the pipelines and storage facilities need to be adjusted slightly. However, the advantages of ethanol fuel far outweigh the minor costs associated with these upgrades.

Carbon dioxide is used for creating dry ice, in several pneumatic systems and for cryogenic freezing. Plus, dried distillers’ grains (DDGs) are used for animal feed instead of using cornmeal or soybean meal. With the ability to use the by-products, ethanol fuel is more cost-effective.

Ethanol is created by-products found in nature. In the United States, the majority of ethanol is produced from corn, but many other countries use sugarcane.

However, cellulosic ethanol is formed from a variety of living plants, such as algae. This ethanol uses plant fibers instead of fruits or seeds. With this type of construction, ethanol production becomes a renewable energy source.

It has been argued that the power used to create ethanol is more than what is received, but again, this isn’t the case. Ethanol creates a positive energy balance when you look at the numbers objectively.

In the United States, we earn 1.3 units of energy for every unit of corn needed. In other parts of the world, every unit of sugarcane can produce eight energy units for a superior return.

If you opt for cellulose construction, you can earn 36 units of energy from every raw material unit. Plus, there are by-products produced that further add to the value.

Ethanol is created from various plants, making it completely renewable. Not only that but it is also considered sustainable. To grow the plants, only sunlight and water are needed.

In fact, ethanol could be created from virtually any type of plant, so there’s less chance that we will run out of the resources required. Considering plants are growing every day, we should be able to continue ethanol production well into the future.

RELATED: E85 vs. Gasoline – Which one should I choose?

Ethanol prices vary greatly by location. In some areas, you can save 25 cents a gallon versus gasoline, while other locations will charge nearly $1 more per gallon.

In most circumstances, the price difference is based on availability. For example, you can expect to pay less in the Midwest simply because there is an abundance of corn in the region.

Ethanol creates less energy than gasoline. Because of this lower energy, you will see a reduction in fuel economy, sometimes by as much as 30%.

However, newer engine technologies are reducing these effects. With advanced, sophisticated technology, vehicles can get nearly the same amount of fuel mileage as with gasoline.

While we discussed how easy it would be for fuel stations to transition to selling ethanol, not all of them have yet. This leaves drivers with a lack of fueling stations to choose from.

The majority of ethanol stations are found in the Midwest since that is where most of it is produced. For owners of flex-fuel cars, this can be troublesome if there are no stations nearby.

Ethanol is incapable of absorbing water. To balance this, all of the pipelines need retrofitting for corrosion resistance. Because of this extra requirement, ethanol isn’t often piped for long distances.

Additionally, the fuel can become contaminated if too much water is present. This can cause engine damage when it sits for too long. Considering ethanol is a fantastic solvent, you can also expect it to dissolve fiberglass, plastic and rubber, which isn’t good for the car either.

To make ethanol, you need crops. These crops require farm space, which has been reduced in the country. Without large farms to grow the plants, it could become more difficult to create ethanol.

Additionally, corn prices tend to be volatile. It’s difficult for farmers to determine if there will be a profit made, which is why many don’t produce corn. On top of that, corn is consumed by animals, which is what many farmers will grow it for.

Use Ethanol Fuel: Yes or No?

It’s clear that ethanol fuel can have a positive impact on the environment, but there are also some clear setbacks to this form of energy. There are more adjustments needed to be sure the process is efficient enough to be fully beneficial.

Additionally, the price needs to be better regulated for future use. With that said, it’s obvious that ethanol will become a more popular option as the infrastructure grows. 5