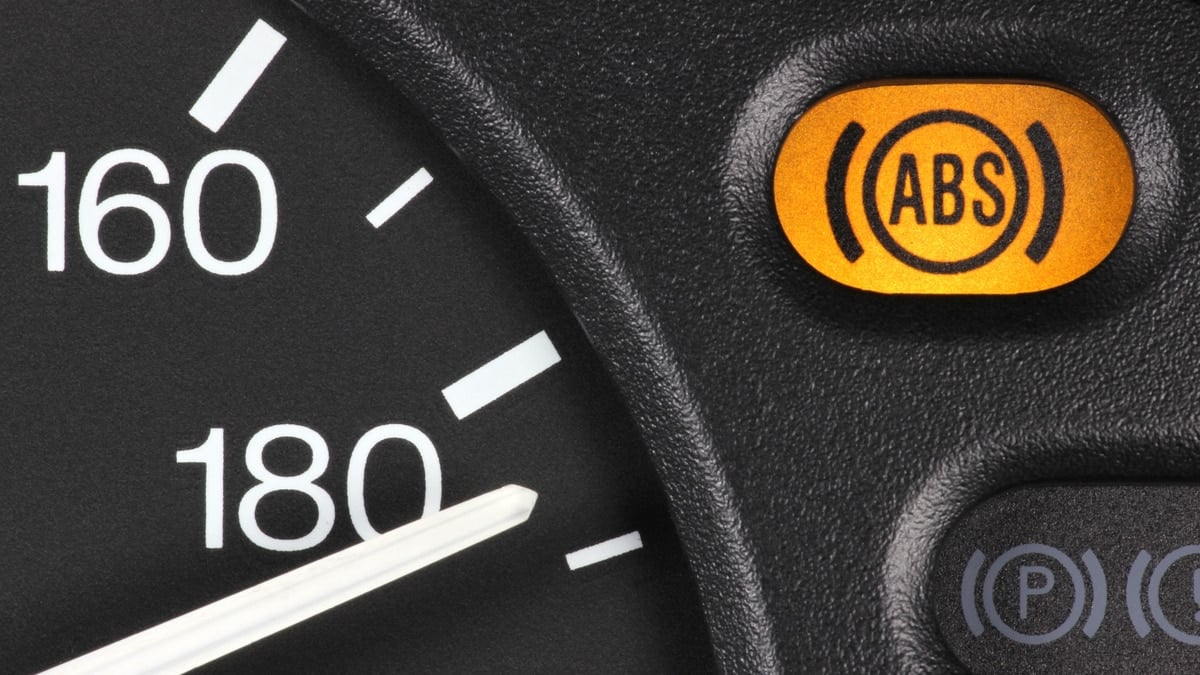 The dashboard lights are meant to tell you when something is wrong with the vehicle. When the ABS light comes on, you might worry that the vehicle is unsafe to drive. However, the only way to know this is to figure out what’s wrong with the car that’s causing the fault. Before you head out in your car again, you need answers.

In this guide, we cover the meaning of the ABS light. We also look at the causes and show you ways to fix it. In the end, you will be able to tell if it is safe to drive with this light on.

What is the ABS Light?

The ABS warning light shines on the dashboard to alert you when there’s a problem with the anti-lock braking system. ABS is needed to keep the wheels of the vehicle from slipping when traction is lost or when the driver needs to slam on the brakes. The warning tells you that the system isn’t working as intended.

When you turn on the vehicle, you should see the ABS light come on for a second as the system performs diagnostics. After this self-check, the light should turn off. If it doesn’t light up at all, the bulb might have burnt out. On the other hand, if the ABS light doesn’t turn off or it comes on while you are driving, you need to figure out what’s causing the alert.

Causes of the ABS Light

The wheel speed sensor takes the rate at which the wheels are moving and reports it to the ECU. With this information, the ECU can determine how to use the ABS. If the ECU sees that one of the wheels is moving faster than another, it will push out more brake fluid, allowing the wheel to move at a slower rate to increase grip on the pavement.

When the speed sensor stops working, the ECU won’t have accurate data. Not only will this cause the ABS light to come on, but you should also notice that the car can lose traction when you slam on the brakes. In fact, the traction control light might also come on.

The speed sensor is mounted very close to the wheels so it can measure how fast they are moving. Because of its location, it endures a lot of damage from being by the brakes and dealing with all of the excessive heat. It can also endure damage from metal shavings or debris coming off of the brakes.

Some ABS rings are installed inside the wheel bearing and in that case, you need to replace the entire wheel bearing. However, if it is installed on the driveshafts, you can often inspect it visually to see if you can find any cracks or other damage.

It’s possible for the ABS module to go bad. However, the wiring itself might also be to blame. These wires are subject to corrosion that would cause delays or a lack of communication between the ABS module and speed sensor.

It would be better if the car just needed some updated wires. However, you may need to replace the ABS module if you are unlucky, which costs much more.

With either problem, you should notice a lack of response with the brakes. At first, you might only notice it periodically, but it should continue getting worse. It’s also possible that the brakes could lock up or you might hear some clicking noises

The ABS system also adjusts the brake pressure to each wheel based on the reading from the speed sensor. With this information, the appropriate amount of fluid can be pumped to the brakes where it is needed the most.

In most cases, this system works just as intended. However, the hydraulic pump can fail or you could face a malfunctioning valve in the hydraulic system. Neither of these situations is good. The pump is subject to debris and metal shavings from contaminated brake fluid, it can wear out. However, if you get the fluid changed regularly, you help prevent this situation from occurring.

When you have issues with the pump, braking performance becomes disintegrated. It will start out slowly and get worse as you let it go. If the master cylinder fails, the brakes can feel good one minute, but you can lose complete power a second later, making it very dangerous to drive. Additionally, there could be a fluid leak as a result of the defect. If the fluid is seeping out, the pedal can start out firm, but it will get spongy until it sinks down to the floor.

The ABS runs because of the electrical parts of your car. In fact, the ABS runs on its own fuse. These fuses are not immune from failure. For no reason at all, a fuse can blow at any time.

Thankfully, it isn’t difficult to check the fuse. In fact, it might be the first step of diagnostics if you aren’t noticing any symptoms other than the light comes on the dashboard.

The ABS pump needs brake fluid to work correctly. This fluid is pushed through the cylinder to feed the brake system. If there’s not enough brake fluid, you are going to run into issues, including a possible illuminated ABS light.

If the fluid is low, it’s important to figure out why. It’s possible that you have a leaking fluid reservoir, air in the brake system or a seal that is damaged. It can also happen when the brakes are worn. If you allow the system to get too low, the ABS module won’t balance the pressure between each wheel, so there will be slippage and skidding.

As the brake fluid continues to get lower, you might also see that it becomes harder to stop. There’s also the chance that more noise will occur when you are braking.

If you want to figure out what needs to be replaced, consider following these steps.

If you are having trouble finding the problem, it’s time to take your vehicle to a qualified mechanic for further diagnostics.

How to Fix ABS Light

You can spend as little as $20 to as much as $1,000 to fix the ABS light, depending on the problem causing it to come on. Let’s take a closer look at the most common repairs to fix the ABS light, but you must perform a complete diagnosis to determine what’s causing your problem before you start replacing parts. After all, there is no reason to put parts on the car that aren’t needed.

The cheapest issue would be a blown fuse. Not only should this fix cost you $20 or less, but it’s easy to fix. Simply open the fuse panel and replace the one running the ABS. The next easiest fix will be to add more brake fluid if it is low. This fix only costs you the price of the brake fluid, as long as there are no issues causing a leak.

From here, you could replace a faulty speed sensor or a bad ABS tone ring. The average for this repair might be between $100 and $300. This seems to be one of the most common issues with the ABS light. There’s also the chance that you need to replace the ABS module or rewire the system. Fixing the wiring fault might be cheaper, but a new module will probably cost you $200 to $600.

Can I Drive with ABS Light On?

The short answer is yes, but it really depends on your situation. This answer comes with a big warning. The only way you should drive with the ABS light on is if you know there are no issues. You don’t want your normal braking affected or you put yourself at risk.

The ABS system will be out of function if the ABS light is on, and therefore it may cause danger if you are not used to driving a car without ABS.

Even if the braking system seems to be fine, it could fail at any time if there’s a problem. For that reason, it’s imperative to take the ABS warning light seriously. You don’t want to be left stranded somewhere and you don’t want to cause an accident.

We understand the need to save money and we know that all car repairs don’t always show up at the best times financially. However, the cost you will pay if an accident is caused can be immeasurable. Instead of taking chances, we recommend having the ABS codes scanned to find out what the problem is immediately.

My polo vivo 1.4 trendline GP 2015 Model is showing the abs light on and off after a while along with a hand brake light on and the engine wants to switch off in the meantime i feel my front wheels locking or kinder stopping the car. Please help mechanic

What does it mean when the anti-lock light is on in the dashboard ?

My bike GSX150 Suzuki error show ABS motor malfunction.I have checked by scanner tool. I want to know that what is the reason of this error.

I would love to be your student, I'm a automotive electrical student and seeking for higher education like scholarship.

Hi. I´m from albania. My car is a vw Passat 2003. Sometimes ABS light flashes and disappears sudenly. What´s Wrong with it?

Dear Administrator, I like to ask a question to solve the problem of my car. I drive a 2005 Lincoln Aviator SUV. The ABS lights illuminate along side the Advance Track light. (Traction Control). These lights comes up simultaneously, with a beep when driving, and sometimes disappears. Only to return after a while, then disappears again. Although, one of my fromt Tires LF is badly leaning inward as a result of bad ball joint and upper arm bushings, which I wish yo replace any moment from now. Could this be the culprit being a slant wheel?

Parasitic battery drain, code pulled up and speed sensor. Which fuse do I pull to shut off abs system? Abs motor or abs f/s...or both?